continue my previous post about sydney trip (part I and part II)
So after that wedding party, we decided to go to Opera House. Hmm i mean, we just wanted to take photos with Opera House as the background. And unfortunately, we got lost for many times. Sydney streets are confusing for melby people, so many 'no right turn' sign. Haha.. we just follow GPS of Isni's iphone. But dunno why we got lost for many times. We were so desperate but still laughing at our stupidity of finding the right street. Oh ya, the street was crowded with people whom celebrating Halloween. Their style and make up were so unique. I could feel that Halloween ambience tho its still 29th of Oct. We almost gave up finding Opera House, because we felt so sleepy and tired. But yeah after spent about an hour and half, we finally got there. Hmm actually not that close to Opera House but its okay!
So here are the photos, with formal outfit *baca: abis kondangan* :D 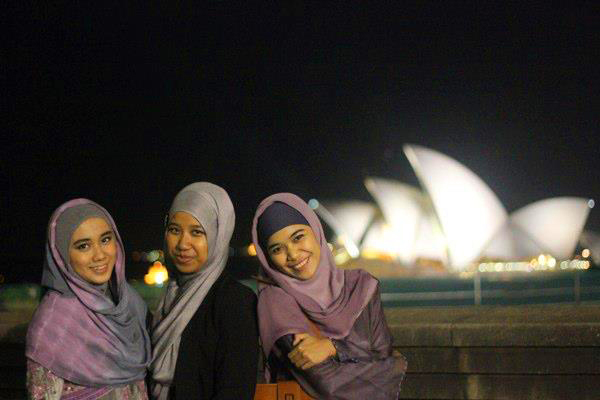 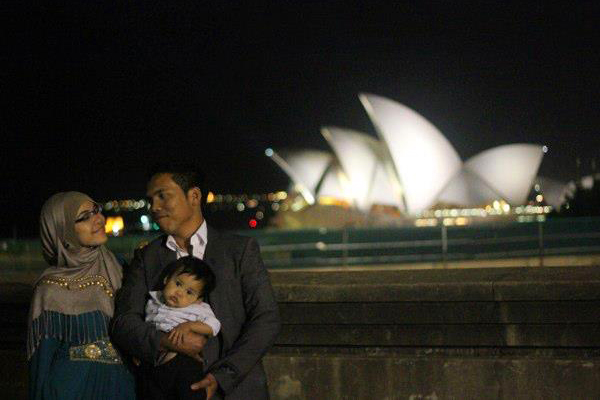 Oh ya! That day was Hamish birthday! He's 1 years old nowww! Ohh look at him *Hamish ya, not his dad*, so cute, he's so calm everytime we stroll.. but he's getting fussy as we hop in the car. He hates his car seat so much. Yeahh baby H loves stroll and hang out! :) 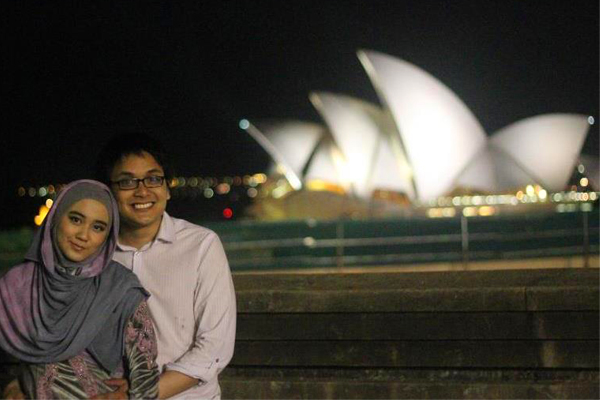 Hemmm look at his hands! The way he touch me looks like Raul lemo* did to KD ;p
The nite has finally over. Time to go back home and get some rest. We all sooooo exhausted back then. Bye!
30th of October, Sunday.
Our last day in Sydney.. well we woke up very late, at 11 am! OMG, we wasted our precious last time there.
Time to pack up and get ready for our last stroll in Syd. Too bad we didnt know where to goo, cause we left Mosque approx at 2pm while we're gonna leave syd in 5pm.
So we decided to go to City, and again... we got lost. Ohh why...
along the way we kept cursing on syd road. Why is so complicated there hahaaa..
Sooo, here we are, finally, City.. 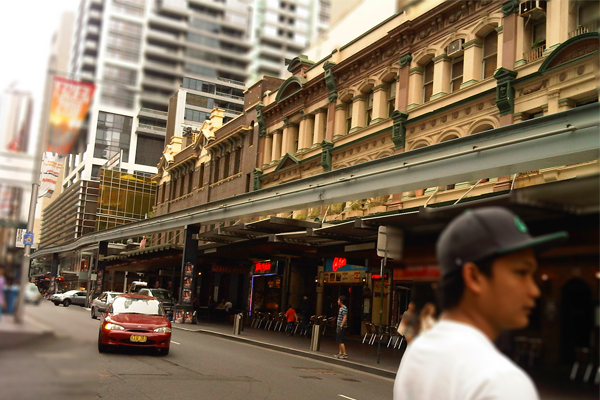 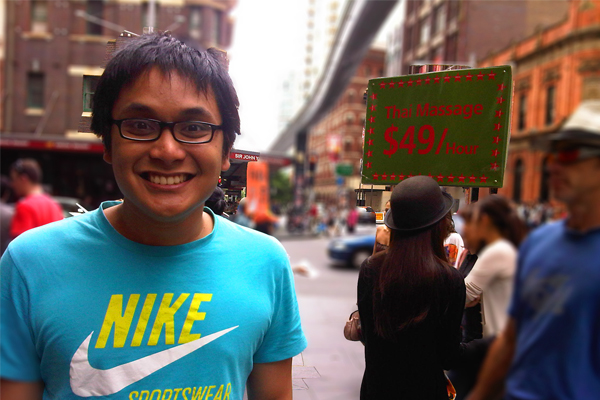 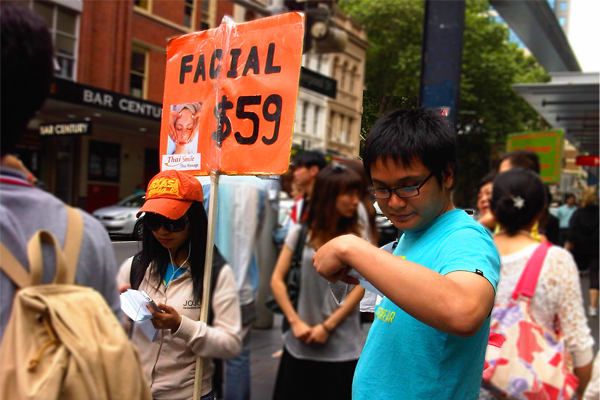 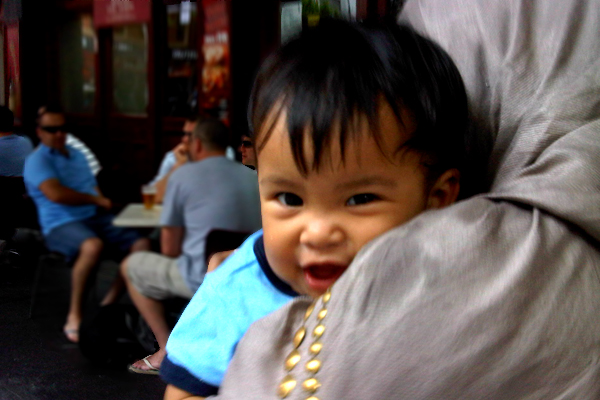 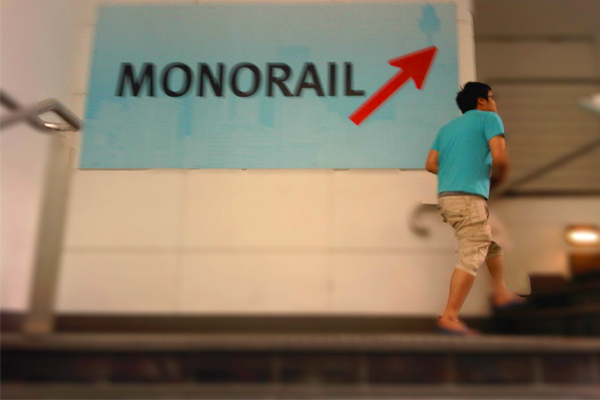 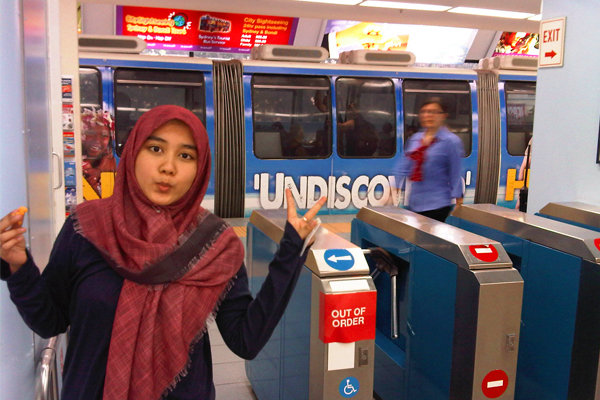 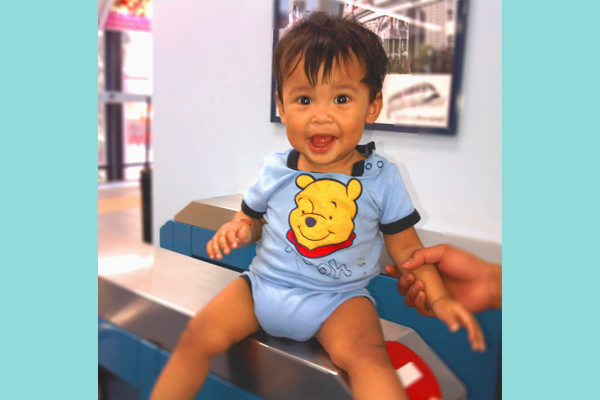 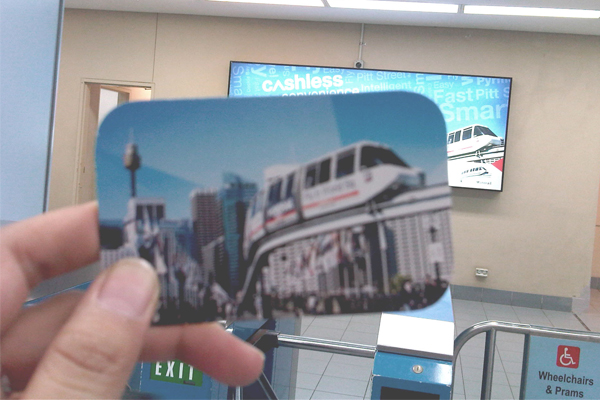 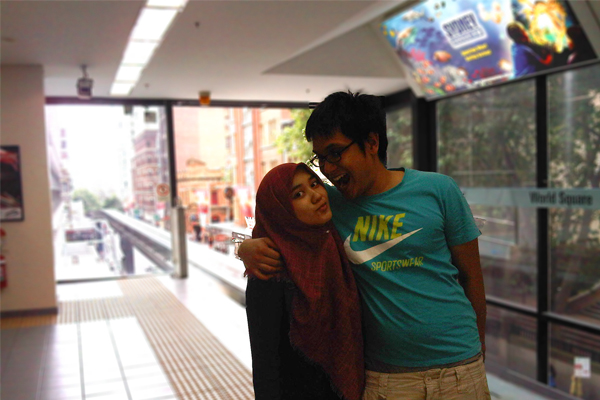 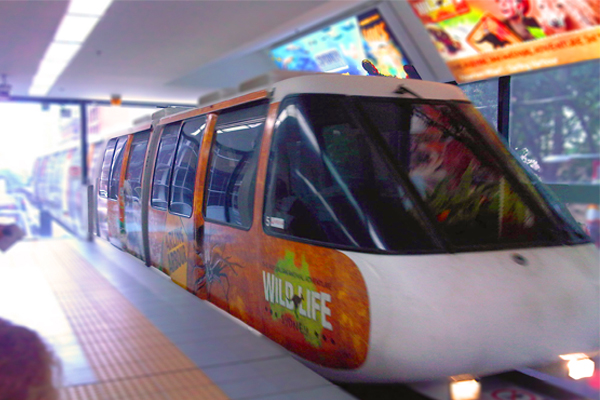 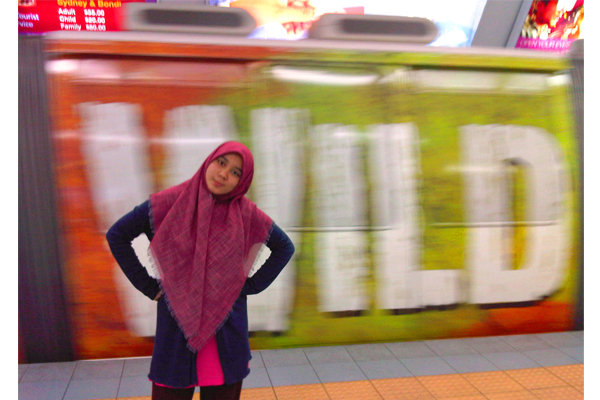 The monorail were mostly full, so we're waiting quite long for empty seat.
There was a lil tragedy, when monorail coming to the station, beng-beng standing on that yellow line, which is near from track of monorail.. and suddenly Ajiz, behind of beng-beng, act like pushing off beng beng yet hold him quickly.. what ajiz meant is joking, kidding but the driver of monorail noticed what he did to beng beng. And you know what, as monorail stopped, the driver whom a woman, go out from her space and yellin to Ajiz " Hey you! Come Here!" with angry gesture.
Oh My God, that was so embarassing. Ajiz didnt come to the driver, he just stayed away and talkin from the distance. The driver shouted "You cant do that bla bla bla" , while Ajiz defenses "That was joking mate". "You have to think twice before joking like that". Bla bla bla.. Grrr, Ajiz was so "tengil". Sigh.
Isni said, if Ajiz did like that in Melby he might be fined. So Sydney not strict enough. But still, it was embarassing dude -____- 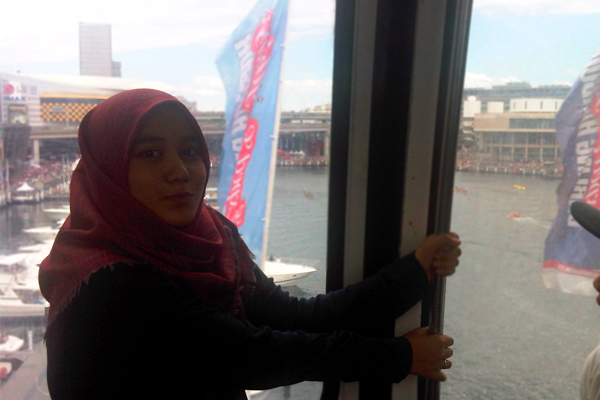 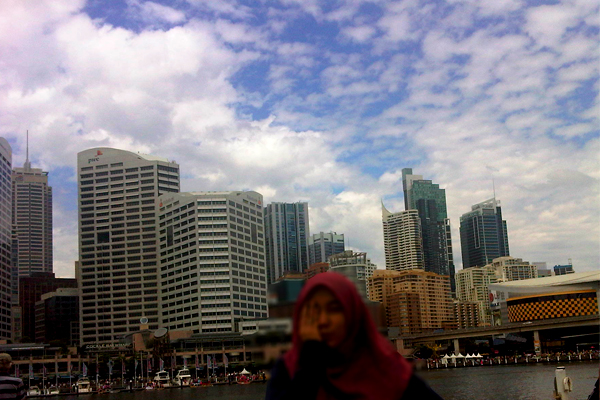 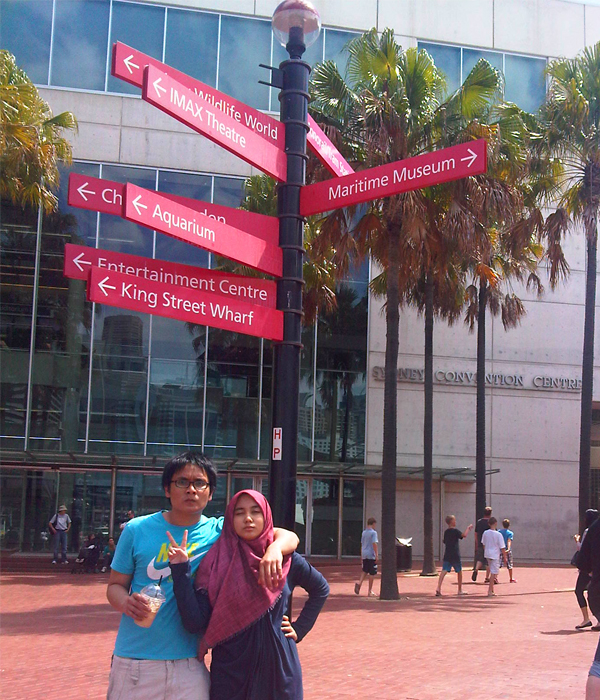 We ended up having late lunch at Delima Restaurant *hu forgot take some photos*
Then, go back to Melbyyyy
;)
Posted by Kara at 11:57 PM
Email ThisBlogThis!Share to TwitterShare to FacebookShare to Pinterest
Labels: cerita ringan, getaway, melbourne

Kara
29 years old.(still) Young, Married and a mom of 3 K's. Currently living in Melbourne, Australia. Life Report is my own personal blog which full of writings, photos, & videos bout my life, love, and what i love. Enjoy! :)